Bill Regitz was one of the founders of Intel memory Systems. He and William Jordan joined Intel after proposing a memory system company to use Intel DRAMs to build memory solutions for main frame computers. Their initial proposal was made to Robert Noyce and assumed the business would be part of Intel but located on the east coast. Noyce convinced them to join Intel in California and Bill to take on the 1103 1K DRAM bringing it into volume production and developing the more advanced 1103A.

Bill Regitz 1999 interview by Rachel Stewart at Intel in Oregon.

Good morning, this is Rachel Stewart. We’re conducting an interview this morning with Bill Regitz at the Intel Oregon site. Good morning, Bill.
REGITZ: Good morning, Rachel.
STEWART: I’d like to start by asking you some questions about your background, where were you born and raised?
REGITZ: I was born and raised in a little coal-mining town in Pennsylvania called Locust Dale, Pennsylvania. My father was a coal miner
STEWART: Did you come from a large family, small family?
REGITZ: Oh, it was a large family, my mother and father had six children. I was number four in line relatively poor family
STEWART: Any particular early interests while you were growing up?
REGITZ: Early interests growing up, I remember I wanted to be a policeman, an airplane pilot in the Air Force. My brother went into the Marines I think at one time I wanted to be in the Marines 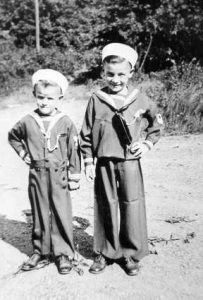 STEWART: Any early jobs?
REGITZ: There were many early jobs. We were relatively poor, and so, if I wanted anything, I had to work for it. I delivered newspapers, cut grass and cleaned the local garage every Saturday. My brother and I made wooden objects that we sold around the town.
STEWART: Toys, or?
REGITZ: No, it was a fence that we made to go around a Christmas platform where you set up a train and stuff with a little village underneath the Christmas tree. We also made broom holders, and those kinds of things…
STEWART: Let’s talk about schooling, high school You attended high school there in Pennsylvania?
REGITZ: Yeah, I did attend high school in Pennsylvania I actually went the first three grades in the town I was born in, Locust Dale Then they consolidated the school system and I went to a town called Centralia, not too far away, for grades three through eight For high school, nine through twelve, I went to another town a little further away from home, called Arists.
STEWART: Did you have any particular favorite courses or teachers that you had in high school? 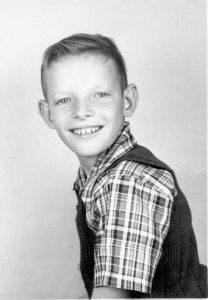 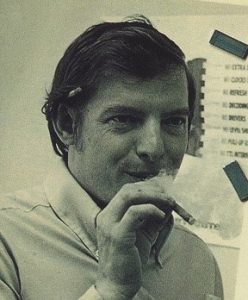 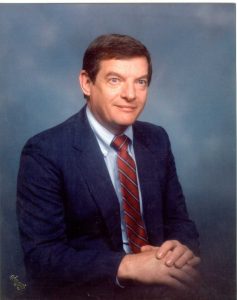